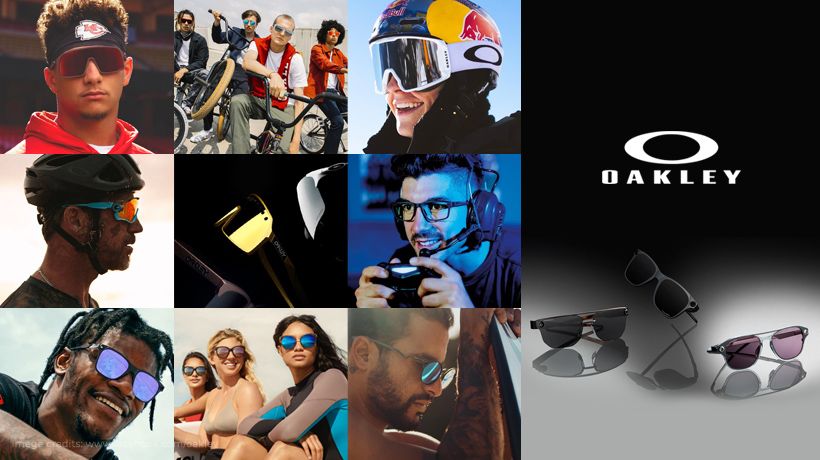 Oakley was started by James Jannard in 1975 in his garage with an initial investment of $300. The name "Oakley" came from Jim's English Setter, "Oakley Anne". Jannard began by selling what he called 'The Oakley Grip' out of the back of his car at motocross events. His motorcycle grips were unlike other grips available at the time. The material is still used to make the ear socks on Oakley glasses, and many of the nose pieces and now the bands of their watches. Oakley went on to produce number plates, gloves, grips, elbow guards, chin guards, and goggles for the BMX and motocross communities.

In 1980, Jannard released a pair of goggles called the O-Frame. With the 'Oakley' logo present on the strap, the brand garnered increasing recognition and prominence throughout the sports industry. In 1983, Oakley began selling ski goggles.

The first Oakley sunglasses; Factory Pilot Eyeshades, were sport-oriented, resembling goggles and were released in 1984. These were followed in 1985 by the Oakley Frogskin, a casual sunglass style that was made in Japan.

Oakley signed a four-year agreement to manufacture eyewear designed by themselves and Fox Racing in September 2004.

In 2006, Oakley acquired the Oliver Peoples group, a manufacturer of high-end fashion branded eyewear (under the Oliver Peoples, Mosley Tribes, and Paul Smith brands) for $55.7m, and Optical Shop of Aspen, a luxury eyewear retailer with fourteen stores.

On June 21, 2007, Luxottica announced a plan to purchase Oakley in a cash deal worth $2.1 billion, paying a 16% premium over the extant share price. The deal was completed on November 15, 2007, making Oakley part of a portfolio that includes brands such as Ray-Ban, Persol, and Vogue. After selling Oakley Inc. to Italian Eyewear company Luxottica Group in 2007, founder James Jannard went on to found Red Digital Cinema. Luxottica's acquisition of Oakley has been criticized as potential violation of Antitrust laws.

​​​​​​​During the preparations for the ultimately successful rescue of thirty-three miners trapped for ten weeks in a Chilean mine in October 2010, a journalist covering the story contacted Oakley about donating sunglasses to the rescue effort, aware that the miners would need eye protection after having spent weeks in darkness. Oakley donated 35 pairs of its Radar sports glasses, fitted with specially selected tints. 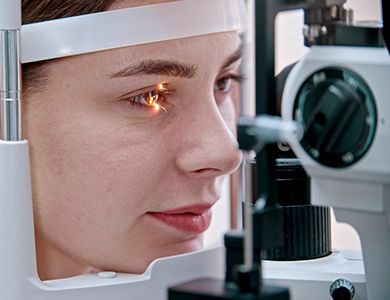 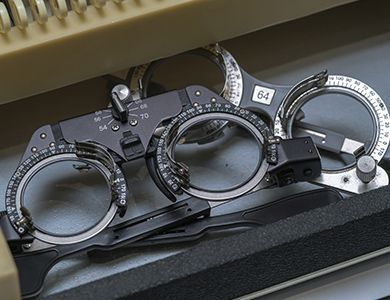 At Dr. Obermark Eye Health Care , we provide the highest quality eye care to all our patients. Schedule your appointment today.

We've copied your review, after you click 'Publish' please paste your review by selecting 'ctrl' + 'v' into the review comments section.